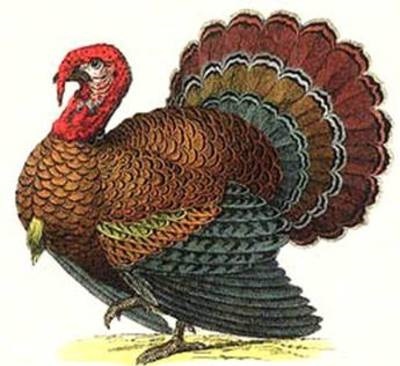 Quote for the Week, Happy Thanksgiving

Holding to traditional attitudes and values and cautious about change or innovation, typically in relation to politics or religion.

noun
1.. a person who is averse to change and holds to traditional values and attitudes, typically in relation to politics.
Similar: right-winger, reactionary, rightist, diehard, Tory, Republican
Liberal: lib·er·al, /ˈlib(ə)rəl/
adjective
1.  open to new behavior or opinions and willing to discard traditional values. "they have more liberal views toward marriage and divorce than some                 people" ,favorable to or respectful of individual rights and freedoms. "liberal citizenship laws"
Similar: tolerant, unprejudiced, unbigoted, broad-minded, open-minded, enlightened, forbearing, permissive, free, free and easy, easygoing,                        laissez-faire, libertarian, latitudinarian, unbiased, impartial, nonpartisan, indulgent, lenient, lax, soft,
Opposite: narrow-minded, bigoted (in a political context) favoring maximum individual liberty in political and social reform. "a liberal democratic                     state"
noun:
1.  a person who is open to change and able to adapt traditional values and attitudes
Similar: progressive, advanced, modern, forward-looking, forward-thinking, progressivist, go-ahead, enlightened, reformist, radical, left-wing,                      leftist, freethinking, politically correct, PC, right-on
Opposite: conservative, reactionary
When I hear the words Liberal and Conservative I often wonder how other people interpret the meaning and how they apply to people.  I read the above definitions on Wikipedia and could not decide  whether the context and definitions they use are complimentary or offensive.  I guess it all depends on ones individual perception.  Some of the definition words are very flattering and others are an insult to others sensitivities.  Some people have referred to me as conservative and others have said I was a liberal.  The definitions,  noun, adjective, similar and opposite, are all descriptive words that have different connotations and meaning to virtually everyone.  I have decided by the above text that I have Traditionally broad-minded Ultra Radical Moderately Conservative Liberally Progressive views and opinions.  Others my disagree with this self assessment.
What I also believe in is the kindness and goodness of people.  If one expects the best of others that is usually what is revealed.  During this season of Thanksgiving I have so  many things to be thankful for.  Some of those are my Family and Friends.  All of you taking the time to read the musings in this blog.  The health and prosperity that I live with and enjoy.  Now is the time to practice some random acts of kindness.  To appreciate those blessings and  gifts and to share if you are able.  Happy Thanksgiving.