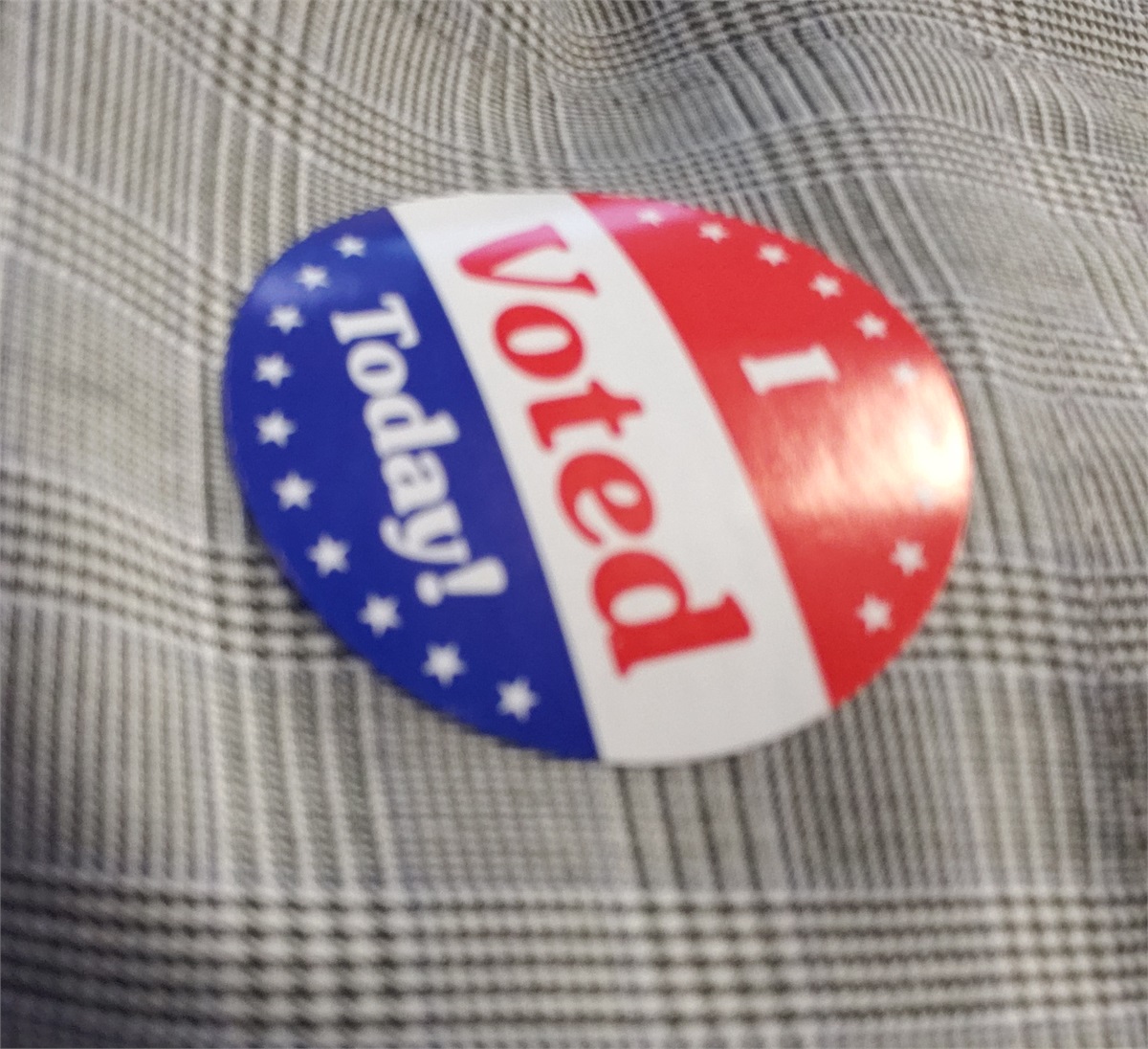 Quote for the Week,

Many remember hearing the Quote "Vote early and often".  I don't know who the quote is attributed to, but I Vote.  Every election, Every issue, Every time,  I have not missed an opportunity to vote in over 40 years.  Many years ago, when TV announced the results of the election before the polls in California closed.  I went out and voted anyway.  Voting to me is a fundamental right, responsibility, obligation, honor, privilege, and duty.

I voted today.  I was voter number 39.  I received my "I voted Today!" reward sticker and wear it proudly. When I arrived there were 3 voters, 6 Poll place workers, and a Law Enforcement officer at my polling place. There was not much of a need for crowd control.  The election today is for a Councilperson. Four people to choose from.  Some would say, not  anything important.  But...  Today voter number 39 could be casting a vote for someone who in the future may be the President of the United States.  Council Person today, Ruler of the Free world tomorrow.  or maybe the person who votes to allow a future new neighbor to grow their lawn Au Natural. No watering, now mowing, no maintenance. Because that is their belief.  Will it make my home value go up or cause the neighborhood to look blighted.

I am one of those, "If you didn't vote, you don't get to say anything"  people.  Your vote didn't count because there wasn't one.  I don's care how you vote or who you vote for, just that you do vote.  I hope and pray that it is a well informed vote and it would be nice if it was the same as mine, but that is very different debate.